Gluing something together, whether for the first time or as part of a repair, isn’t the province of rocket science.

After all, regardless of how complicated something that needs to be glued together might be, it boils down to using a bonding agent of some kind and whatever you want to glue together.

Where it often gets complicated is when whoever is trying to do the work attempts to hold the pieces together steady enough, long enough for them to set and bond.
.

Unfortunately, this is often where the problems start since most people come up short when it comes time to having enough of the right tools to keep things together still enough, long enough to get the job done.

Over the years, people have resorted to all kinds of stabilization methods. The most popular among these are vices, which do the job nicely, but for many projects, most people don’t own enough vices to really get the job done efficiently. 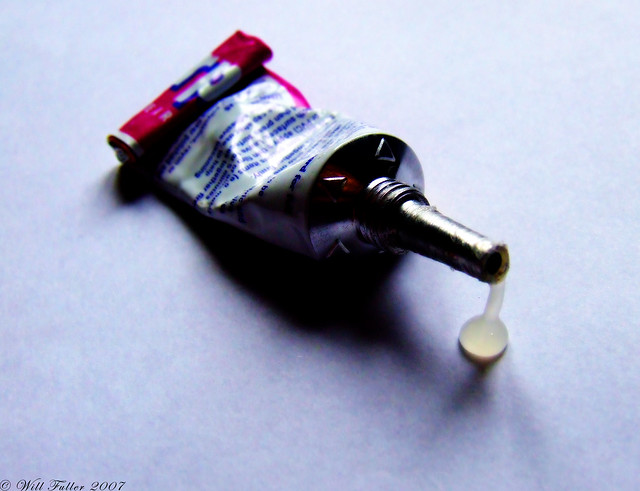 If they use a vice, or some combination of vices, they usually only have enough to glue together one section at a time until the job is done.

After vices, most people resort to all kinds of creative methods for gluing things together, with varying degrees of success.

How many people haven’t tried to glue two pieces of something together and hold them together until the glue dries, or even sets? The world will probably never know.

Until that time, an easy alternative is tape. It’s strange that such a simple solution to such a simple problem isn’t more obvious.

The good news in this is that all it takes is a little creative thinking, and tape quickly becomes an excellent answer to this problem.
.

Not only can tape be kept in place long enough to keep two items steady long enough to dry, but tape can also be used if an object is large enough to need several glue points to do the job completely.

Take, for example, the problem of using glue to secure sections of a hull together.

In most cases, this job would be done most effectively by a series of vices. If you don’t have enough vices to do the job, you might want to use the vices you have to join the sections together one at a time.

Not a very efficient way to get the job done. On the other hand, by using tape to hold the sections together, all one needs to do is to apply the glue to the sections, then run the tape either around the hull or just over the top of the canoe enough to keep the sections held together.

How to Use Tape to Assist Your Gluing

Most people give little or no thought to how much glue they really need to get a job done. 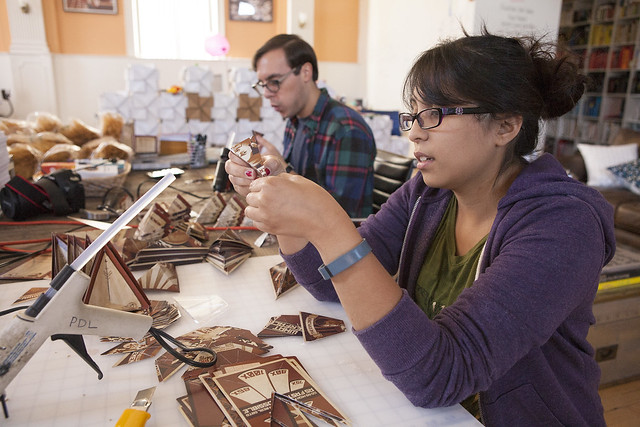 After all, most people use enough that in their estimation there’s enough applied, then they use what they consider to be enough pressure to keep the parts together until the glue has at least set, much less dried.

That’s easy enough. Most glues that are made today are up to the tasks they are given.

White or wood glues will keep their hold for wood and other items, while epoxy and other heavy duty glues are best for jobs where there is considerably more pressure that might pull the pieces apart.

The trick in this process is keeping the parts together well enough that they have the chance to adequately dry before they are used.

In these cases, whether you use tape to secure the hold or something else, make sure that glue does not come into contact with the item.

Another excellent reason for using tape instead of practically anything else for gluing is that there are a practically infinite number of different tapes available to do the job, whatever it might be.

From simple Scotch tape to strapping tape, whatever you want to glue together, there’s a tape that’s perfect for the job.

Indoor Vs. Outdoor Tape – How To Know Which One To Use

What Kind of Tape is Best for Sheetrock or Drywall?

View all posts by rob →

This site uses Akismet to reduce spam. Learn how your comment data is processed.